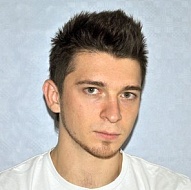 When I started at Articul Media, and this was four years ago, they were working full steam on projects relating to the upcoming Olympics. At that moment I was not part of the Sochi 2014 team, but the way things worked out, I was entrusted to become part of the team to go directly to Sochi and support the Games’ sites throughout the Olympics. Our team was responsible for the front-end of the site, so before the trip, I, like all members of the team, took a few months to hone my layout skills and familiarize myself with the project as a whole, since for me it was a completely new experience.

«For Muscovites the sea is something of great value»

Until then, I had never been to Sochi, but the locals said that the city had changed beyond recognition. I’ve spent all my life in Moscow and am used to the big city. However, in Sochi, I felt like I was in my native city, if not for one thing: the sea, palm trees and fresh air, but this is exactly what made me happy.

I worked the night shift, and it was hard to make myself sleep during the day. As a result, I sometimes slept only four hours, and yet, I didn’t feel tired and sometimes had enough vigor in me to go for a run after my shift — in Moscow this would be hard to even imagine. The local climate provides a huge amount of energy. The work was comfortable and interesting: there were many people from different countries. There weren’t any particular difficulties, essentially we were ready for everything, and we put an issues that did arise to rest pretty easily.

But most of all I liked the city and the surrounding nature, so whenever I got the chance, I would set off on another walk along the promenade. For Muscovites, the sea is something of great value.