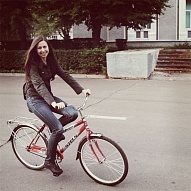 Designer
Role: Designer of the site and mobile applications

When I started working at Articul, work on Sochi 2014 was in full swing. It was an honor and at the same time exciting to become a part of this project, and also very interesting.

This was a happening project with «incoming data,» that changed almost every day. It wasn’t enough to draw on the experience of previous Olympic organizers as sports don’t stand still: over four years, something had changed in almost all sports, and continued to change while we did our drawings. In some of the sports, it’s the number of judges and the evaluation categories that are changed, and elsewhere it’s the number of participants and the parameters used to assess them — some sports even have new competitions.

All this had to be analyzed, organized and displayed so that even people who were far removed from the sport could understand how to read the results. This required throwing ourselves into studying the intricacies of all kinds of sports. And so during the preparations for the Games, we all became a little like athletes ourselves. Personally, I learned a lot about the Winter Olympic and Paralympic sports and the Paralympic movement in general.

The work on the site, the infographic and Sochi 2014 apps — this was work with a huge volume of information and a large number of nuances that could not be ignored. All this made the project rich and fascinating. Naturally, the level of responsibility was enormous, because the results of our efforts were viewed by millions of people around the world.

I feel especially proud of our official mobile applications — «Guide» and «Results» — as most of my work went into them. It was very nice to see positive reviews posted by users and to understand that the huge amount of work was not performed in vain.

«It's nice to see how visitors at the Olympics use our official applications, to see good reviews posted by users, and to know that the huge amount of work was not performed in vain»

Sochi greeted us with warm and sunny weather at the Olympics. It was very nice to walk around the Olympic Park, to see the mountains in the distance, and to know you’re a stone’s throw from the sea.

It is difficult to convey in words the feeling of being at the Olympics. You have to experience it. The drive from the performances themselves, from the fans, a lot of positive vibes from volunteers.

It was when I arrived at the Olympics that I totally understood the volume and quality of the work carried out by our team. By using the apps we created, I could keep abreast of developments and track the success of our team, no matter what competition I was at. And not only me. It was nice to see how the spectators at the Olympics used these applications, and to feel like part of the team that gave people such a great celebration.