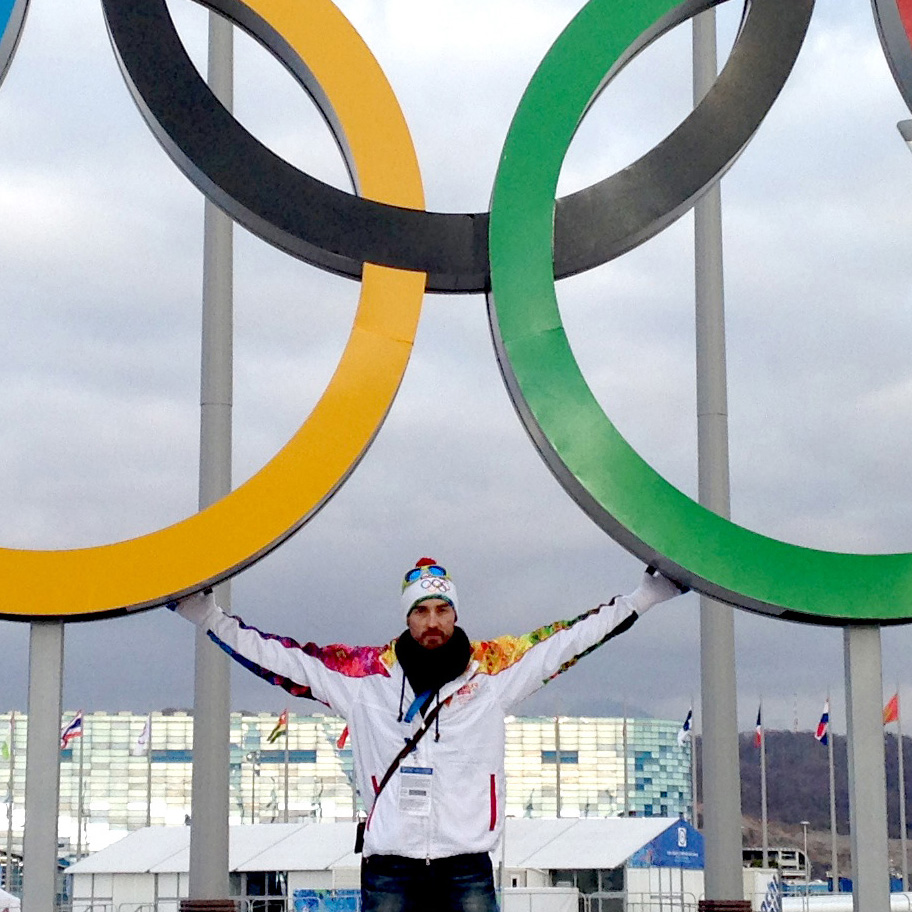 The Sochi2014.com portal can rightly be considered to have been the most popular site of 2014, both in Russia and around the world – during the Games, the website was visited by about 5 million people per day. The project competed with Russian and foreign information resources for visitors, and was the winner.

The ideas that we brought to life made this project truly innovative. For the first time all competition data was displayed in real-time on a convenient, easy-to-read infographic. You didn't see this in Vancouver or London. Justifiably, this service has been awarded the gold medal in international advertising competitions. Users could also access competition data right on their digital devices that wasn't broadcast even on the stadium scoreboards.

The upshot: Olympic fans were privy to a fabulous Olympic service that let them use their tablets and smartphones as a "second screen" to get information on results both as broadcast over television and displayed in the stadiums.

We are truly proud of this work. Team Articul Media is a team of real professionals. And we proved it – Sochi 2014 was Russia's first Winter Games, and the world's first digital Games.

Since the lead-up to the Games, our projects have been visited by over 85 million visitors, who have viewed almost 1 billion pages.

We express our gratitude to all the partners and the people of the Organizing Committee who worked around the clock with us to create the best ever digital Olympics. 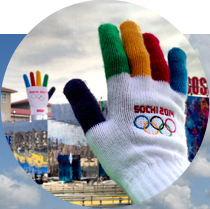 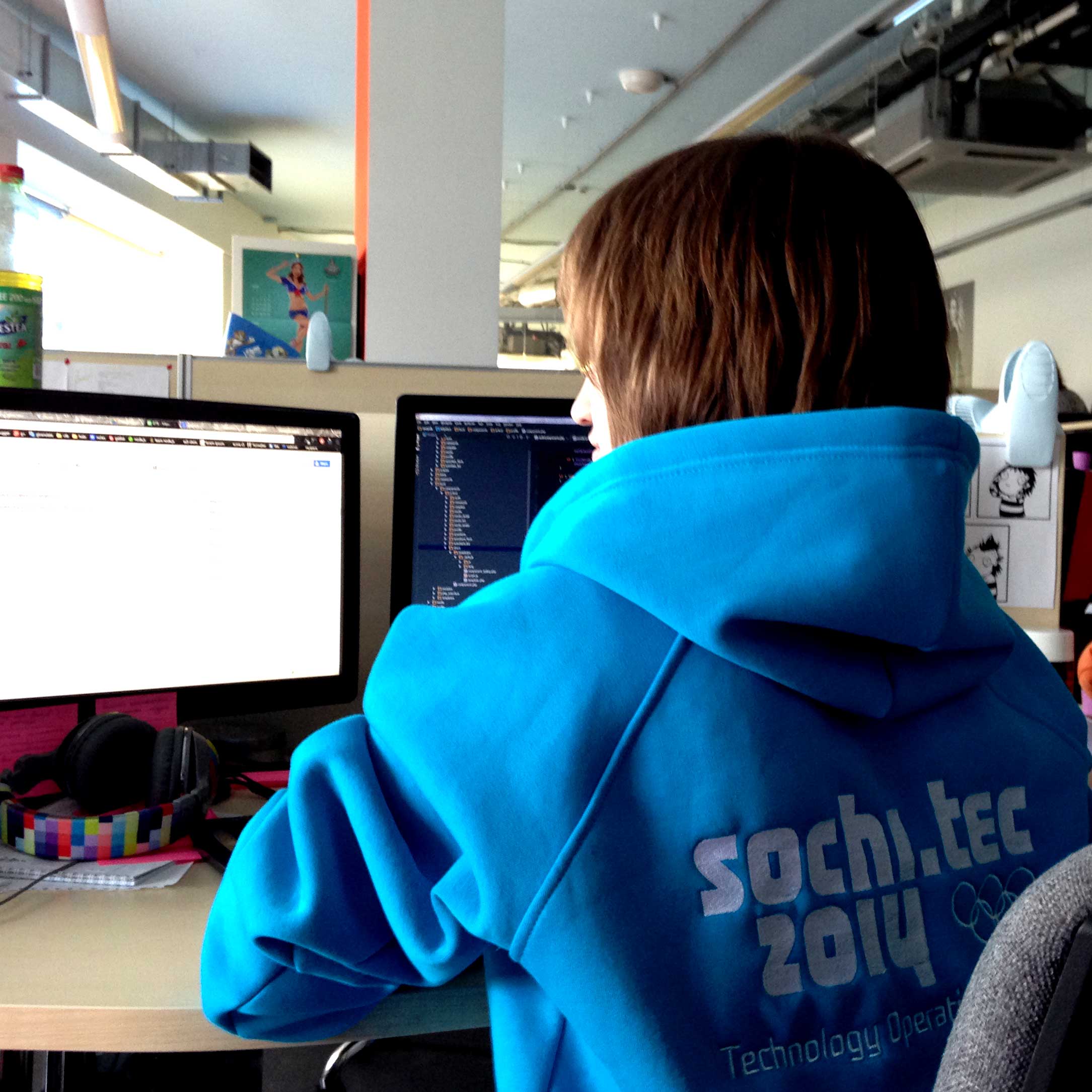 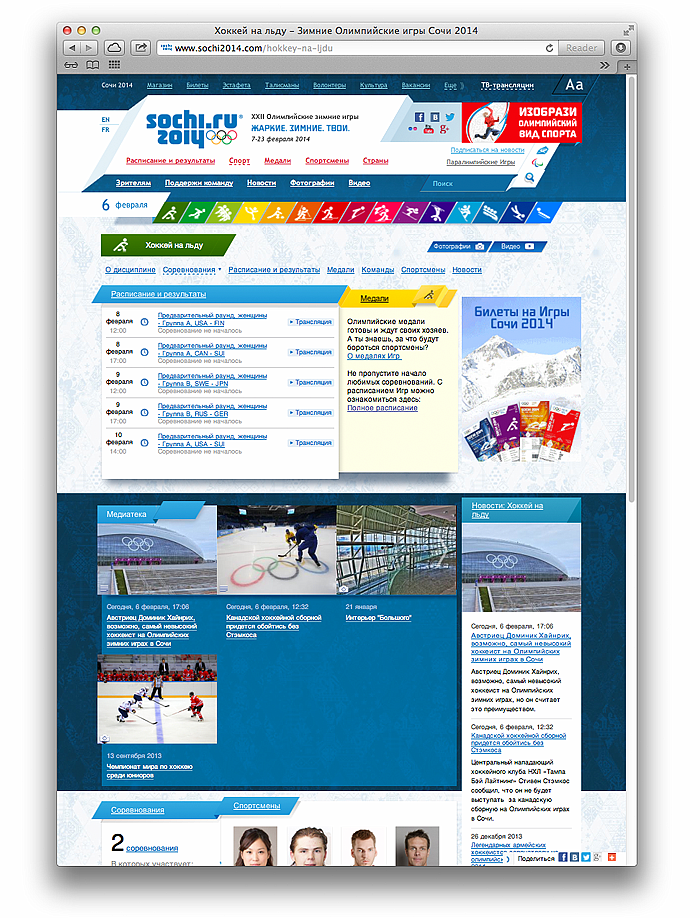 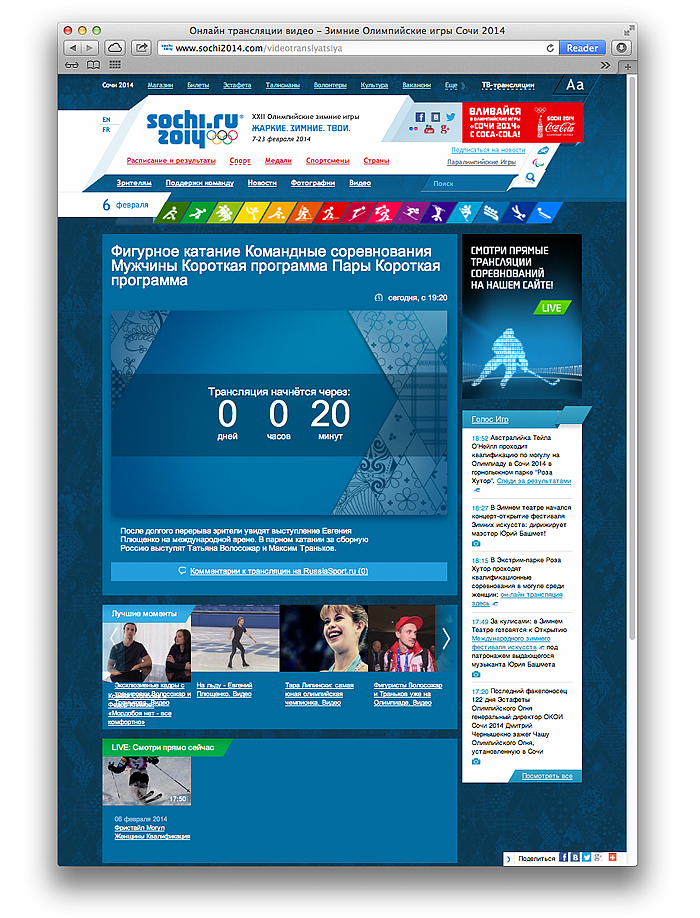 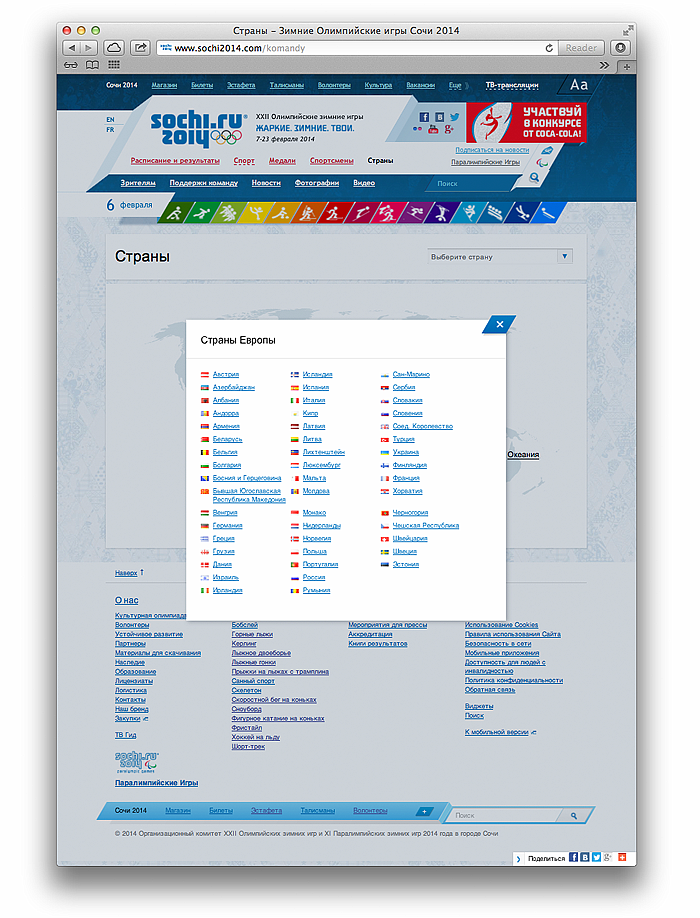 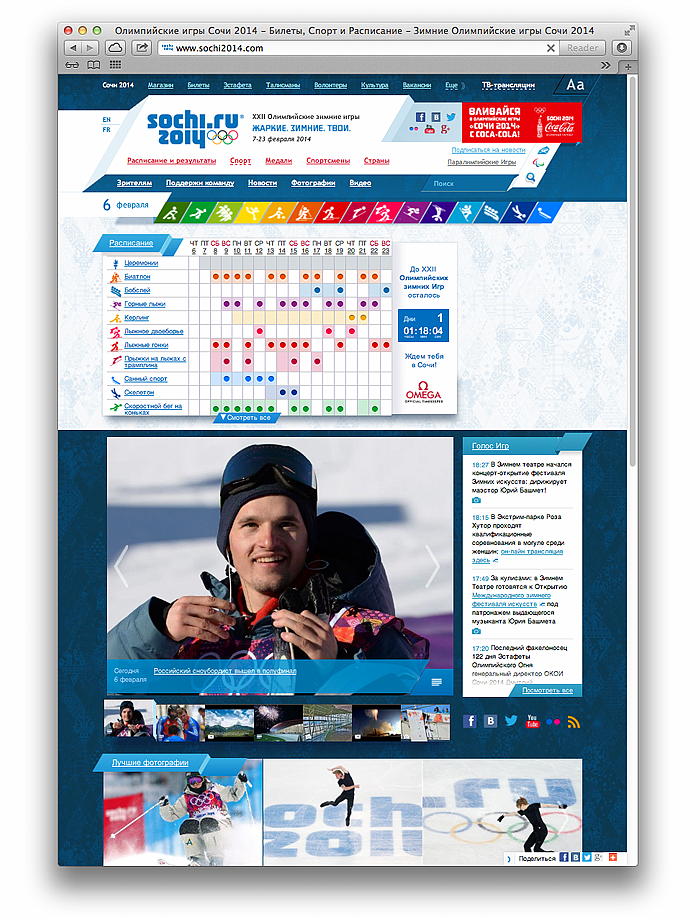 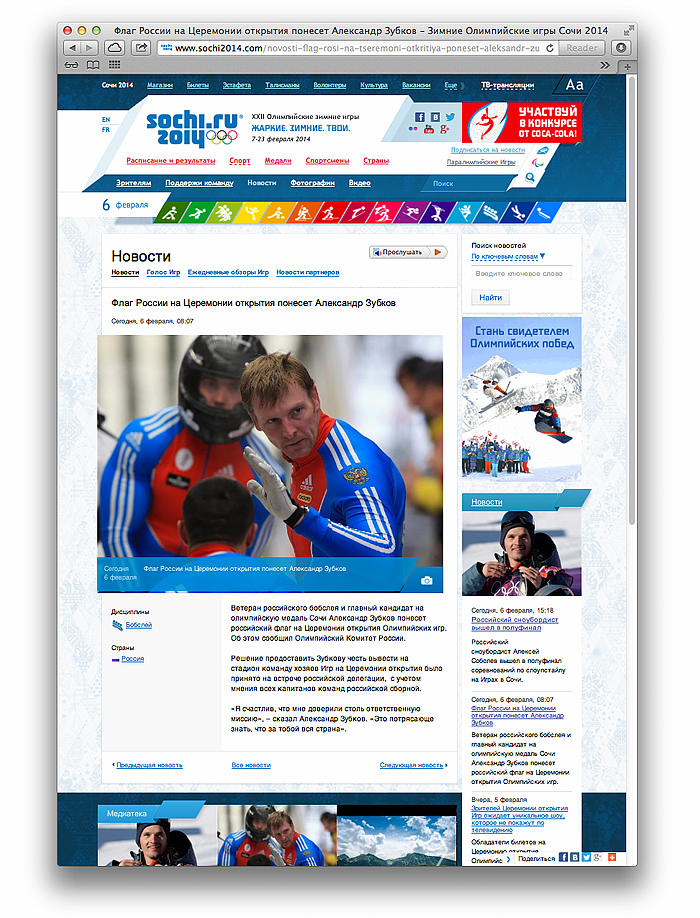