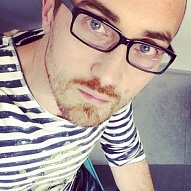 If fate presents you with the opportunity to be part of something out of the ordinary and grandiose, to not seize it would be a real crime. Something like this might come your way only once in your life and leave behind a sea of impressions and mountains of materialized ideas for the rest of your life! This, really, is a great creative success for any professional.

You become part of a huge complex organism with a multitude of earnest souls and burning hearts. An organism fashioned to invent a thousand ideas and create hundreds of projects, of the doubting and risk-taking, the experienced and inquisitive, of people making their way through the thorns to, bit by bit, assembling a single grand, well-oiled machine.

Sochi 2014 for me was first of all about a lot of great people, even if some were rather difficult, but real pros — a team! To be the first, we first had to transform ourselves into a digital army, and march towards our goal in high gear for five amazing years.

When you look back, it seems that not one decision, not one action, was accidental. Everything was destined from the beginning, and your whole life before this was preparation to make you ready for the Olympic marathon: the sports you participated in, the joint projects, your experience, recommendations, and even «no, we won’t take responsibility for such a project» — the words spoken at the first meeting, none of this was by accident. And, really. What difference does it make? Now such matters are best left to the historians, but we did our part and on a scale of one to five, we earned a five! Five Olympic rings!

I won’t hold back on what it is that warms me:

— The «Sochi 2014» style, which was an excellent idea and concept that BOSCO brought to life, and gave strength and form to, was developed thanks to us.

— «House of Talismans» which is manifested not only as a website, but can also be accessed in real life.

— A procession of websites and at the head of them all — the best of the best — the Olympic site. A tremendous effort, which resulted in the most reliable, easy to use, beautiful site in the history of the Olympics!

— Navigating the Olympic Park and the Mountain Cluster, urban navigation — an infinite number of signs created and tuned to the millimeter by a team consisting of only a few people (three from our side and thirteen from the Organizing Committee).

— The «Results» Olympic mobile app is my pride and joy! It was a very complicated and nerve-wracking project, involved lots of contractors from all sides, competition information ... In the end, it was a top-of-the-line sports application in 100% synchronization with the event results.

— The heat of the Olympic Torch, which I had the honor of carrying in Barnaul.

«To be the first, we first had to transform ourselves into a digital army and march towards our goal in high gear for five amazing years»

On my first trip to Sochi, the Olympic Park was still the Olympic construction site — one gigantic pit. Their eyes burning, the people of the navigation department of the Organizing Committee led me around as they explained where, what and how things would be and what kind of signage was required. Meanwhile, I had one thought in my head: How will they ever build all this in... ? Build it, they did.

The Torch Relay. Barnaul. An incredible feeling, my emotions were going wild; «Just don’t let it go out,» was the only thought spinning in my head. All this to run 100 meters! Like many, in the beginning you think that this isn’t much, you’re sorry, in the end, to pass the torch on to the next runner. From the outside it must have looked like this: A torchbearer blown away with the thrill of it photographed with spectators who were also overwhelmed by it all. My hands hurt not from holding the torch (it is light), but from the endless photo shoots of me holding people’s children.

My second trip to Sochi was for the Opening Ceremony rehearasal. It was an impressive event. Heartwarming Ernst, who spoke first as the director and requested people to hold off on taking pictures and posting online, and to wait a few days so as not to spoil the surprise for all of humanity. And the amazing thing is that out of the tens of thousands of those present at the rehearsal, only one or two photos were posted.

The Olympics. You’re immediately hit with an emotional lift when you exit the airport. The volunteerswere nothing short of angels. They were everywhere, always joyful, they charged you up with their positivity, and made you just so happy. We lived in a prime location in the private area, our staff was assigned to the data center, and functioned like clock-work — during the Games there wasn’t a single serious incident. It was awesome! I am proud of our team! And the rest — you have to experience the Olympics to understand how the combination of beautiful weather, beautiful places, the sea and the mountains, the grand Olympic Park, the throngs of smiling people and how everywhere everything’s infused with sportsmanship, and it all makes you so happy.

And, wherever you look, you can see your contribution, significant or subtle, as well as your personal achievement that you did your best to bring this about, and this makes you a hundred times happier! I thank my lucky stars that I survived! And thanks to my friends and colleagues for being there with me from start to finish!