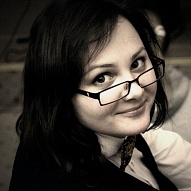 My introduction to the agency began with a meeting attended by Olga Kulikova. Eight men, Olya and me. At that time, terms like API were new for me, but Olga bandied them about in a way that made my jaw drop. I thought, «What a cool contractor we have.» This thought stayed with me throughout the Games.

There was so much that was interesting and complex in the work on the Sochi 2014 site. Endless texts, press releases, fixes, improvements.

I especially remember the work on the famous infographic on our site: my colleagues and I showed it to the guys from the Organizing Committee who dealt with scoring issues, and were totally up on all the terminology. And for each sport, for each discipline, it’s different, not to mention in three languages. For example, in the different biathlon disciplines, they refer to women differently: here, they’re ’Women’, and elsewhere, they’re ’Ladies’.

I made my way to Sochi at the end of November 2013. We moved there after the opening of the Main Media Center on January 7, 2014. It was incredible: a huge building with offices of all the major publications from around the world: the Times, Reuters, Gazetta dello Sport, RIA Novosti ... It was really great to recognize that all the news from the Games would come from here.

We worked in shifts during the games: I went out with my team in the evening, from 3 in the afternoon until 1 at night. This was when the most important competitions were staged, and we worked in real time, posting news and messages on the Voice of the Games every 15 minutes, in three different languages.

And I’d like to say a word about the fans. They’re the ones who created an incredible atmosphere of a universal, international holiday in the Olympic Park and mountain facilities. We even made a special daily video banner for the Voice of the Games: we published short clips with quotes from fans about different aspects of the Games (the Ceremonies, transportation, sports, etc.).

It’s hard to describe how great it was to feel a part of this celebration of sports, friendship and world-wide rapport. To be at the very source of information about the Olympic and Paralympic Games, to cover them as seen by us and millions of fans in Sochi.

It was one of the best and most interesting projects of my life. And I, along with a huge team, succeeded in making them what they were — the first Winter Games in Russia, the world’s first digital Games.